13 years ago, our world got the first Android version, and since then, the operating system has blasted over 2 million devices. Nine out of every ten smartphones are featured with Android OS. From the first day of inaugural to today, the world’s best operating system has evolved. Here is a fast-paced tour of all the Android Version OS from birth to the present.

What is Android OS, and how many Android Versions are launched yet?

Google developed the Android operating system, which used to operate touch screen devices like smartphones and tablets. The design of Android lets users operate mobiles or tablets with finger movements and run several compatible apps. Earlier it was introduced only for smartphones, but now Google has employed Android in smart television, wristwatch, and cars. The software was developed by Android Version before acquired by google in 2005. Here is detailed information about different Android OS version’s specifications and features.

Android 12  operating system was released on 18th February 2021. However, the second and third versions of android 12 launched in March and April of this year. Android is used to make several changes with every new update, as here are some new updations that make android 12 better than other previous versions.

The first change which users will notice is the lock screen clock just after power on the device. The large digital clock takes pride of place right in the centre of the screen.

The second change is made with the keypad of Pin code unlocking and dial. When the user swipes up the screen to unlock the phone, they notice the buttons are larger, round and with pastel shades.

Now no longer need to see little round tongels of quick setting bars. The quick settings shades are now larger and in rectangle shape. However, the shade of the quick setting menu will also change according to the wallpaper colour.

Similar to the quick settings bar, the main setting menu is also updated. The icons are bigger and extra subheadings, and features are no longer here. Apart from this, one will also see the gorgeous animation at the top or bottom of the menu.

However, this feature is available in several conversational apps. But now, the default share menu will also allow the user to edit the image before tapping on the share button. One just has to select an image and tap on the More button to make changes.

Android 11 was released in late 2020, with the addition of some new and handful of features along with 117 emojis. Please note that every smartphone didn’t support all the new changes of Android 11, as only the Samsung UI mobiles are well compatible with it. Here are some of the main features for which many android lovers are still waiting.

Hold down the power button and see the expand buttons of different commands, including emergency, power off and restart. Apart from these commands, one can also make the lightning changes according to their preference. However, this feature is only available in google pixels phones yet.

Now the android users can control the media player simply by swiping down the home screen. The default media player is available at the bottom of the quick setting pane. Tap on the mini player and easily open the full-size player within a couple of seconds.

Finally, google android phones have their screen recorder. The app is available on the notification panel; a third-party screen recorder is no more needed.

In the latest version of Android, all the conversational apps will get their separate place for notifications. Apart from this, you can also set their place from top to bottom according to their preference. The next highly appreciable change is to recall the notification. As an example, if you have removed a notification and then regret your moment. Then, in the settings menu, you will get a recall notification button to reappear the notifications of the last 24 hours.

Other Old Android Version & Their Details

Android 10 was launched in 2019, and came with a lovely dark theme, new notification pop-up style and live captioning on video.

Android 9.0 pie has made several changes to increase the battery life and let mobile work faster than ever.

The Picture-in-Picture feature was firstly introduced with the Android 8.0 Oreo operating system. Also, there was a better security system, copy and paste function and battery management.

The nougat android version allows the user to clear all apps in overview with a single tap.

The android 6.0 features a fingerprint reader, USB Type-C and 4K mode for apps. 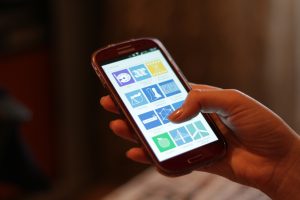 Few changes were made with the notification pop-up style, and some of the apps were renamed in 2015 with the launch of the lollipop version of Android.

Google cloud print and emojis were firstly introduced with the Android 4.4 KitKat version.

4.1 jelly bean was faster than all the previous versions of Android, and for the first time, google chrome became the default browser of Android mobiles.

Live video effects in-camera and canned text response for rejected calls were the major changes made in the Android 4.0 version.

Android 30. It was mainly updated for tablets only to include 3D graphics support.

The gingerbread version allows video calling by using the front camera for the very first time.

Flash Player 10.1 was launched with the Android 2.2 Froyo version.

With the eclair version, the camera was improved with digital flash and zoom features.

Android Market(google play store) was introduced in the 1.6 donut version.

Home screen widgets, video recording and copy-paste function for web browsers were the major implementations of the 1.5 cupcake version.

Android Version debuted with the 1.0 G1 version and was compatible with only HTC Dream AKA- T1 mobiles. As a result, 35 Apps were coming with the first time Android.

So, here we have mentioned all the necessary features and specifications of android version. You can enjoy the latest features by uploading and updating the same timely. It is very easy to update and check the new features after updating. If you want to know more about mobile phones, mobile accessories, and many more then stay connected with SarkariFormAdda.